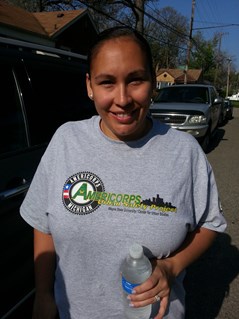 Iselda began working at the Center for Urban Studies Survey Research Unit on a part-time basis.She came on board full-time in December 2013. Iselda has previously worked in the CATI (Computer Assisted Telephone Interview) lab. As supervisor since 2010, she worked on various projects and key initiatives, collecting data (surveying, interviewing, and facilitating focus groups, and served as a translator for the Hispanic Community). Some of those projects included Early Childhood Development, the Part B Project, and Early On.

Currently, Iselda works as a coordinator of the AmeriCorps Urban Safety Project, working with key stakeholders on a common goal to reduce crime in an urban setting. Our Expansion Initiative took off in October on 2013 and she oversees two areas - University District and Southwest.